The term Music Supervisor means different things to different people. What Cue The Music offers is a total, one stop, worry-free music supervision service for the full duration of a complete production schedule. Think of the role as ‘ Music Line Producer’.

As far as we are concerned, the choice of music is always in the hands of the director and his or her creative team. An important part of our role is in advising on options and alternatives, protecting the producer from vastly expensive errors in the use of copyright music. 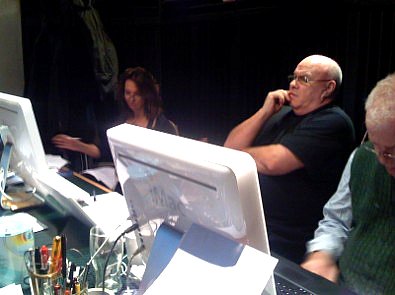 The fees are fixed for a task or an entire production with no hidden extras. On every movie that Don has music supervised, the savings on the music costs more than covered his fees.

Don assists the producer in respect of the music costs from script stage if necessary, adjusting and maintaining the music budget and delivering the music, and all the necessary documentation on time. In 24 years of music supervising feature films. Don has never gone over budget

Budgets: Assisting the producer in respect of projected costs of music from script stage, adjusting and maintaining the music budget as production progresses and delivering finished accounts on time. CTM never goes over-budget.

Contracts: Part of the one-stop service includes drafting and/or negotiating all documentation required for use of music including synchronisation licences, record company and composer’s contracts etc.

Cue Sheets:  The creation of accurate cue sheets from the finished production is included, as well as the distribution of the sheets to the various rights bodies, music publishers and record companies.

Musicians: The booking of musicians for all purposes, on screen or off as well as handling documentation such as Union Consent Forms.

Rights Bodies:  All negotiation with any of the various rights bodies is included: The Performing Right Society; The Mechanical Copyright Protection Society; BMI; ASCAP etc.

Scripts:  The reading of scripts pre-production so as to advise on cost-effective use of music and composer, and the creation of a music budget.

Songs: Especially commissioned songs can be organised, such as for opening and closing credits. Helping and advising the producer and director to select suitable songwriters and recording artists and negotiate with artists and their managers; publishers and record companies.

Soundtrack album:  The securing of rights from copyright owners, and  release with a record label. Negotiation of contracts for same, with special attention to release schedules of movie and album in each territory. 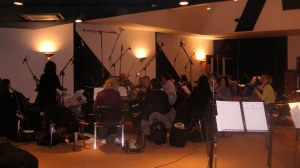 Source music: Liaising with the writer; producer and director, to select source music for scenes, ensure the period details are correct, and suggest several alternative pieces of music for each scene, both to give the director more choice and to give the music supervisor flexibility in the negotiation of fees.

Underscore: Dealing with composer or composer’s agent, raising and completing contracts with same. Securing music publishing rights where appropriate. If needed CTM can set up a production’s own publishing company and/or negotiate a collection deal with a major publisher.

Unions: Ensuring that the production does not inadvertently break any Musicians Union or Singers Equity rules, liaising with the unions where appropriate.

anything to do with music…